Shortly after my exclusive on Stark Reality Exclusive: The Wrong Hands-Spies on you, Tux Winkler posted a lengthy response on his public blog. In which he makes several accusations generally trying to play himself off as a victim. Keep in mind that we at Krypton Radio are not interested in getting into a blog-war with anyone, however in the interests of truth and public safety it is our responsibility to keep you the public informed on matters such as this. What started out as Tux Winkler and his group simply trying to stalk and harass the Justice League, turned into him stalking private residents with no connection whatsoever to the JLU or any Peacekeeper group.

Tux Winkler's 'base' owned by him displaying "The Wrong Hands" Logo, where he gives out his freebies.

Mr Winkler’s most common assertion is that he is not involved with and never has been involved with “The Wrong Hands”, however an investigation conducted by members of the Justice League Unlimited and Krypton Radio has uncovered a wide array of facts to debunk Winkler’s claims.

As shown in the pictures of Tux Winkler’s base/store, he is indeed a member of The Wrong Hands, even having his land and objects set to that group. It is a known fact that another person can not set another person’s objects to a different group, so this easily refutes his claims.  This parcel which Winkler maintains is where he gives away his freebies in-world, it also serves as a small base for The Wrong Hands. The simple fact of checking Tux Winkler’s in-world profile shows his connection via the use of The Wrong Hands logo, and directions to its main base in the region of Red Square.

Red Square and its connected region of Revolution, are the current home of the Woodbury University refugees previously banned by Linden Lab. And while permanently banned from the use of SL, these individuals have made very public statements antagonizing the lab as if daring them to ban the regions once again, along with the continuing actions of Winkler which serve to increase the exposure of the Woodbury University’s illegal return to Second Life.

Screen-grab from Tux Winkler's tracking page, now hidden from the public.In this screen-grab of the tracking page from Winkler's website, we see the long list of people who never consented to their in-world locations or login times being posted for the public to see. Winkler may have violated Section 8.3 of the Linden Lab Terms of Service forbidding the use of Trojan Horse programs in recording this information. Note that many of the detections in this screengrab list the location as Red Square, a closed region. This is because when location data was unavailable, Winkler had to resort to a simple online status monitor which reported its location as being on that region. His logging system was unable to differentiate between field sensors and his stationary online status monitoring device.

Tux Winkler had several accomplices assisting him in placing spy prims in various locations around the grid, without the permission or knowledge of victim landowners. Ryokashi Revestel is shown here as owner in these screenshots, and was one of the more prolific. Winkler appears to have caved to public pressure to remove or deactivate the tracking page to which these devices and his Trojan horse freebies streamed information.

The function of the trojan horse scripts in Winkler’s devices (all named “”#.- DO NOT DELETE THIS -.#””) was verified by independent testing.  When the scripts were removed from the freebies, the tracking page no longer updated with avatar tracking information for the current location, yet the freebies continued to operate unaffected by the removal of the script otherwise.

In the case of the spy prims hidden in various estates as stationary probes, in each case when the device was removed, the tracking page stopped updating for that location.

It is important to note that Trojan Horse scripts are in clear violation of the Linden Lab Terms of Service and are expressly addressed by the Community Standards. Also, there is no way of knowing what other “features” his spy devices have; remote chat logging is certainly possible with such a device.

The three major claims made by Mr Winkler in his defense:

While not unexpected, continuing in his counter claims against the JLU and its free networked security system known as The Phantom Zone, asserting that it uses IP detection and geolocation. It does none of these things. Readers are cautioned that Winkler does not speak for the League and to refer instead to the About page here on the Krypton Radio web site for further information about this system.

Winkler had been using the tracking page in attempts to blackmail some of the people listed on it into handing over chat logs or other information about, or from, the League. The individuals approached have turned over logs of the attempted blackmail by Winkler and this information has been forwarded to Linden Lab. These logs will not be printed out of respect for the privacy of the individuals who do not wish to be named or contacted by the public.

Residents are advised to delete any objects in their inventory created by Tux Winkler as a safety precaution, or if you desire to keep the object or item, remove the script called “”#.- DO NOT DELETE THIS -.#” to disable the trojan horse functionality.

In this day and age of armchair bloggers and forum flame wars it’s easy to lose sight of the facts. The facts here support the charges against Tux Winkler and The Wrong Hands for stalking, harassment and defamation. I know some people are rolling their eyes at this, looking at it as some grudge match between two groups. However, Tux Winkler has decided to drag innocent people into this and make it public, so before anyone tries to convince you of anything ask for the facts.. Ask your own questions and don’t listen to the rhetoric, judge the situation solely on the facts.

The land at the Superville region, once home to Tux Winkler’s trojan horse spyware, went up for sale sometime in the latter portion of May of 2011. The precise reason for the decision to sell is not known, but the usual motivations of economy and financial strain are the most likely cause.

Same prim, inspecting it shows Tux Winkler as the creator of the prim and the script.

One of Tux's creations, a spy prim placed on open land, verified by the fact that on returning it, the Tracker stopped updating for this location

Note the owner and Group this prim is set to...

This image, taken just hours after the initial publication of this article clearly shows Tux Winkler wearing a Soviet Woodbury logo belt buckle. This puts to rest any doubts that he has ties to Woodbury.

Tux Winkler's "The Wrong Hands" LinkedIn Page, which puts to rest any doubt that Winkler considers himself in charge of The Wrong Hands, proclaiming himself to be CEO of "TWH Ltd.". The page has since been deleted. He had posted his city of residence on the page, but this has been redacted to protect his safety and that of his family. 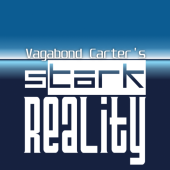 Philae: The Little Lander That Could