The legal saga of San Diego Comic Con (SDCC) and Salt Lake Comic Con (SLCC) has escalated from a cease-and-desist letter to a lawsuit in federal court. In a 16-page complaint filed yesterday, SDCC alleges federal trademark infringement and “false designation of origin” against SLCC, and seeks “civil action for damages and injunctive relief.” This means they are seeking a preliminary injunction against SLCC using the name “Comic Con,” effective immediately: before the civil suit over the trademark and claimed damages is settled in court. If SDCC prevails in the suit, a permanent injunction will be granted.

San Diego Comic-Con currently holds the trademark on “Comic-Con” — with a hyphen — but abandoned its 1995 bid for the rights to “Comic Con” — with a space, but no hyphen. In 1996, SDCC filed an unsuccessful suit over the use of the words “Comic Con” against Chicago Comic Con, Inc. We asked Resicher whether this previous ruling was likely to factor into the court’s decision in the case of SDCC v. SLCC.

Resicher said it’s likely that, “SDCC attorneys will argue that their brand has even become more recognized since 1995, and that the intervening 19 years has made any such [ruling] less relevant, because facts have changed … As a matter of law, courts cite principles of stare decisis [the doctrine of precedent] when an issue has been previously brought to the court and a ruling has already been issued. This prior case may have been determined in a different jurisdiction, in which case any holding may only hold persuasive authority, not binding authority.”

This is going to be a long and complex process, assuming the parties don’t settle out of court. Resicher continues, “It is worth noting that at this beginning stage of the proceedings, many of the larger issues of this pending action will not be addressed right away. The larger issues to be addressed by the court are matters of fact and law that will need to be determined after much more evidence is offered by all parties.

“SDCC makes claim in their Complaint that ‘The Comic-Con marks are internationally famous.’ This is a significant factual and legal claim that Plaintiff is making. In trademark law the determination of what constitutes a ‘famous’ mark usually involves a great deal of litigation because there are a whole series of factors as to what constitutes a ‘famous mark’ which is a legal determination as to whether a mark has achieved sufficient public recognition to be granted trademark protection. These factors include but are not limited to the duration and extent of use of the mark; the extent of advertising for the mark; the geographic area in which the marks have been used; the distinctiveness of the mark; the degree of recognition of the mark; and the use of the mark by third parties.

“The Defendants will argue that the words ‘Comic Con’ have become so generic in the minds of the public that the marks are no longer deserving of protection because they no longer serve as a unique source identifier for the SDCC brand – if they ever did in the first instance … any evidence presented by the Defendants of any third party trademarks or use by other entities that use the words ‘Comic-Con’ may [demonstrate] insufficient policing of the trademark by SDCC and that the ‘Comic-Con’ mark is not distinctive and deserving of trademark protection.”

The fact that SDCC hasn’t gone after other conventions using the words “Comic Con” as part of their names (such as Boston Comic Con, Wizard World Comic Con, New York Comic Con, Central Coast Comic Con, Austin Comic Con, Denver Comic Con, Baltimore Comic Con…the list goes on and on) may work against them, as these cons have been operating for years, their existence is very public, and yet SDCC has not chosen to defend their claimed rights against any of them. Why are they choosing to single out SLCC? Possibly because SLCC is a new con, and their name is not yet well-established.

What’s next? Stay tuned for more details as they become available. 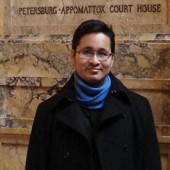 Video of the Day: “A Crimson Man”

Video Of The Day: ‘Dragonboy’