It’s hard to believe that this movie is nearly forty years old, and that many Krypton Radio listeners weren’t even born yet when it was released.  It was a troubled picture from the beginning, taking years to be approved by the studios.  It went through multiple scripts.  Post-production effects were completed mere days before the film was released.  When it was finally released, a decade after the TV show was cancelled, Star Trek fans rejoiced.  We’d gotten the band back together!

Star Trek: The Motion Picture, directed by Oscar-winner Robert Wise, regathered all the major cast members of the

original crew.  Two new characters joined the crew of the Enterprise, Decker and Ilia.  Commander Willard Decker, played by Stephen Collins (who would later become famous as Rev. Eric Camden in Seventh Heaven) was supposed to be the new captain of the recently refitted Enterprise, before James T. Kirk shoved him out of the captain’s chair.  He was the son of Kirk’s friend Matt Decker, who died in the episode “The Doomsday Machine.” Lieutenant Ilia, played by Persis Khambatta (Major Zara in Megaforce), was a Deltan navigator.  Because of the effect of Deltan

pheromones on the males of other species, she was required to take an oath of celibacy before joining Starfleet.

The USS Enterprise in drydock, from “Star Trek: The Motion Picture” {image via Paramount}

When an immense cloud that destroys everything in its path is found to be on a direct course with Earth, Admiral James T Kirk (William Shatner) takes over command of the newly-refitted USS Enterprise, much to the dismay of the current captain, Will Decker (Stephen Collins). After Kirk reassembles his old crew, they are later joined by Vulcan science officer Spock (Leonard Nimoy) and a new navigator named Ilia (Persis Khambatta). Spock tells Kirk that he has been in telepathic contact with what he thinks might be an entity at the center of the cloud, so Kirk takes the Enterprise directly into it in order to stop it from destroying Earth.

There were mixed reviews when Star Trek: The Motion Picture was released.  Some called it “Star Trek: the Slow-Motion Picture.”  Others thought the slow, leisurely pace was one of the better aspects of the film.  Some complained it lack action, that it was too cerebral.  Other fans applauded the fact that it wasn’t a shoot ’em up western in space.  Some viewers loved the new uniforms, especially the absence of the mini-skirts.  Nichelle Nichols, among many others,  complained that the new uniforms were dull and drab.

Many fans complained the plot was too close to the episode The Changeling.  Rotten Tomatoes said “featuring a patchwork script and a dialogue-heavy storyline whose biggest villain is a cloud, Star Trek: The Motion Picture is a less-than-auspicious debut for the franchise,” and gave the film 44% on its tomatometer.  Variety, on the other hand, said it was “a search-and-destroy thriller that includes all of the ingredients the TV show’s fans thrive on: the philosophical dilemma wrapped in a scenario of mind control, troubles with the space ship, the dependable and understanding Kirk, the ever-logical Spock, and suspenseful take with twist ending.”

Star Trek: The Motion Picture might be compared to what Dr. Samuel Johnson said of “a dog’s walking on his hind legs. It is not done well; but you are surprised to find it done at all.”  While it was an imperfect movie, it prepared the way for Wrath of Khan, The Undiscovered Country, and First Contact, as well as J. J. Abrams’ reboot movies.  It made $11,815,203 in its first weekend (and in ’79, a dollar went a lot further than it does now).  It grossed over 139 million dollars in theaters and is the highest-grossing film of the Star Trek franchise worldwide, when adjusted for inflation. Star Trek has thus far had seven television shows and thirteen movies.  If not for the financial success of Star Trek: The Motion Picture, it’s likely the other movies and at least some of the TV shows would never have been made.

It was said by some to be the world’s first V’Ger length motion picture. Couldn’t resist. -ed 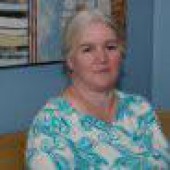 Susan Macdonald is the author of the children's book R is for Renaissance Faire, as well as short stories in Alternative Truths,  Swords and Sorceress #30, Supernatural Colorado, Barbarian Crowns, and Knee-High Drummond and the Durango Kid. Her articles have appeared on Krypton Radio's website, in The Inquisitr, and in The Millington Star. She enjoys Renaissance Faires (see book above), science fiction conventions,  Highland Games, and Native American pow-wows.

Video of the Day: Deb & Errol’s ‘Frozen’ Parody ‘Make It So’

Video Of The Day: Rub Some Bacon On It!