Is Marvel Comics Superhero Peni Parker On Your Kid’s (Or Possibly Your Own) Holiday Wish List?

If not, the soon-to-be darling of Marvel’s ‘Spider-Man: Into the Spider-Verse’ movie probably will be.

After the 2nd spine-tingling trailer for Sony’s animated film Spider-Man: Into the Spider-Verse dropped back in October, across the web curious nerds, uninformed geeks, and out of the loop comic book freaks crawled onto Wiki’s Marvel Database to find out who the kawaii tween in the schoolgirl uniform with matching knee socks –– and a giant mech suit –– was.

In fact, analysis conducted by the fine folks over at Fandom, reveals that in the 24 hours before the 2nd Spider-Verse movie trailer dropped, there were only 339 visits to the Wiki page for Marvel’s then little known alt-universe hero Peni Parker. But 24 hours after the trailer, that number climbed to a senses-shattering 82 thousand views!

A new superhero star was born.

Fandom even made a sweet infographic comparing the views received by the Wiki pages of all the spider-guys and spider-gals we’ll being seeing in Spider-Verse. Since Miles, Peter and Gwen are already pretty well known across the fandoms, the 2nd largest number of views – 21 thousand – went to the Wiki page for Peni Parker’s cleverly spelled “SP//dr” mech suit.

As is completely natural, ‘errbody’ wants to know about the new kid on the block, especially when they’re cool. And with the Christmas holiday coming up less than two weeks after Spider-Man: Into the Spider-Verse leaps into theaters on December 14, something else fans are gonna wanna know is what kinds of Peni Parker nerd merch is available for purchase right now.

That’s where your friendly neighborhood personal shopper comes in.

Because my finger remains stuck to the pulse of pop culture, the tsunami-sized interest sparked by Peni Parker and SP//dr had my spider-sense tingling like crazy. So I’ve put together a list of six nifty stocking stuffers and gift ideas that are available right now for Peni Parker fans of all ages.

This isn’t your mother’s giant mecha. Oh, wait. Back when your mom was a kid it’s likely that she had the Barbie Dream Car amongst those toys strewn across the floor, not a giant robot. And that’s a factoid that makes Hasbro’s Spider-Man: Into the Spider-Verse SP//dr & Peni Parker even more special, because it’s a toy that’s breaking the glass ceiling on imagination.

That’s right, True Believers! In an age when boys and girls are both being encouraged to explore interests in science, tech, engineering and math (aka STEM)?—?and when girls are also kicking metal butt in Robot Wars competitions?—?what better way could there be now to fuel the dreams of the next generation of techies than with Hasbro’s SP//dr & Peni Parker.

Okay, I could be overselling this a bit, but can you blame me? There hasn’t been a mecha with a tween schoolgirl pilot of Japanese ancestry in the history of toy making in the US. And this dedicated influencer just doesn’t want your kid to be the one spendin’ fat stacks on Ebay some 20 years from now for a toy they really, really wanted for Christmas back in 2018.

Only you can save your future adult offspring from the pangs of childhood regret. In fact, you probably know what that feels like. You yourself have probably spent fat stacks on an auction for some toy that you really, really wanted for Christmas wayyyyy back in 1998. So save the future, Superhero. Get the SP//dr & Peni Parker toy for someone’s Christmas gift today.

One of the hottest comic book releases of 2018 was Edge of Spider-Geddon #2 (of 4), which hit comic shops back in April. Ever since Peni Parker first appeared in 2014, created for Marvel by rocker Gerard Way of My Chemical Romance and artist Jake Wyatt, she’s been one of the most-liked heroes in the Spider-Verse. And Edge of Spider-Geddon #2 saw her long-awaited return in a new pulse-pounding adventure!

This next chapter in Peni’s tale was handled by artist Alberto Jimenez Alburquerque and writers Lonnie Nadler, Zac Thompson and Gerard Way, and helped to lay the groundwork for Spider-Geddon, the multiple comic book-spanning event of 2018! The 4-part Edge of Spider-Geddon miniseries will be out in graphic novel form in January 2019. But collectors may want the actual comic with the first appearance of Addy Brock, the rival pilot of the VEN#m mecha! So you’re gonna wanna hit the back issue boxes on eBay for this one.

Oh…and if Peni’s original mecha and some of her classmates inspire thoughts of one of the best anime TV shows ever made, it’s probably not a coincidence. ‘Nuff said.

Speaking of Neon Genesis Evangelion (but not in a roundabout way this time) Peni Parker’s original SP//dr mecha in comics looks like something that would have been piloted by “the Sixth Child,” if you get my meaning. That’s of course if she’d been created for the NGE universe instead of the Marvel Universe.

Anywhoo, this action figure version of Marvel’s Eva-inspired mech was released by Hasbro in 2018 as part of its long-running Marvel Legends “Build-A-Figure” series. Here several action figures in a series come packaged with an additional part that can be used to build a much larger bonus figure.

Spider-Verse fans who want the super cool Build-A-Figure SP//dr have the option of collecting each of the figures that the necessary components come with or by simply buying a collected parts set from a seller on the secondary market. Whichever way you go, the hunt for the Marvel Legends Build-A-Figure SP/dr will most be definitely be worth it.

Um…did someone say “worth it?”

Marvel’s Edge of Spider-Verse #5 (of 5), which features the thrilling first appearance of Peni Parker and SP//dr, is a gem of a comic from the back issue boxes. It’s also heating up on eBay right now. This of course has everything to do with Peni Parker making her big screen appearance as one of the alternate universe heroes in Spider-Man: Into the Spider-Verse.

Believe it or not, True Believer, this is actually the second book from the 5-part Edge of Spider-Verse miniseries to rise in value. The first, Edge of Spider-Verse #2, features the first appearance of Spider-Gwen, and first print editions routinely sell for between $100 and $150 bucks. And professionally graded copies of that book sell for a heckuva lot more.

At the moment, Edge of Spider-Verse #5 can still be snagged for the average price of $20 bucks. But as the demand for anything Peni Parker rises once Spider-Verse hits theaters, don’t be surprised if the value on this book goes much higher?—?especially if Peni goes the way of Gwen Stacey and gets her own comic book. Then it’ll really be “Spider-Geddon” (for your wallet).

The Spider-Man: Into the Spider-Verse Mystery Mini series vinyl figures by Funko are perfectly sized to serve as last minute stocking stuffers. And this amazing assortment of super deformed or chibi-styled figures includes both unmasked and masked versions of Spider-Verse star Miles Morales, the classic Peter Parker Spider-Man, Spider-Man Noir, Spider-Ham, Spider-Gwen, Prowler, Green Goblin, Kingpin, Scorpion and last, but certainly not least, Peni Parker & SP//dr. Each figure in this uber-kawaii assortment measures 2 1/2-inches tall and comes in blind box packaging. So drop in and snag a couple of these babies wherever Funko products are sold.

After some lucky recipient on your list (or maybe you) unwraps and rips open those cool blind box vinyl figures, what better way to spend the rest of the day than by reading some of the fantastic tales in which some of ’em are featured? It’s gonna be a bit of a wait before Spider-Man: Into the Spider-Verse is available for streaming, but comics offers fans a much needed fix!

Maybe the most highly recommended item in this spectacular lil’ list of nerd merch is the Amazing Spider-Man: Edge of the Spider-Verse graphic novel. Featured within are the origin stories of Peni Parker (as detailed in the previously mentioned Edge of Spider-Verse #5) Spider-Gwen, Spider-Man Noir and Spider-Punk, another fun alt-universe Spider-person.

Economically speaking, the Amazing Spider-Man: Edge of the Spider-Verse graphic novel is also a great bargain. Despite its marked $15.99 retail price, Barnes & Noble, Target and Amazon are selling it for $10 bucks or less! So be sure to swing over to the your favorite retailer’s web site (see what I did there?) and snag a few copies to get all those empty stockings stuffed.

Miles, Peter, Peni, Gwen and the rest can be caught on the big screen when Spider-Man: Into the Spider-Verse opens in theaters across America on December 14. 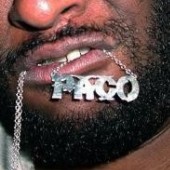 On “The Event Horizon”: Shawn Crosby, on the Social Media Retreat of Kelly Marie Tran

Has DC Comics Ever Explained Superman’s Powers in Any Way?