Ghostbusters 2016: Who Ya Gonna Call?

Last weekend, on Saturday the 9th, I was fortunate to attend the Los Angeles premier of the new Ghostbusters film, with the Southland Ghostbusters.  I saw the stars walk the slime green carpet, and I walked a small portion of it too.  For disclosure’s sake, I was dressed as Vinz Clortho along with the Southland Ghostbusters in their gear and Mikki as Zuul.  Our group stood between the grand stands and the Firehouse facade, because there was no room in the bleachers.  We were only there shortly until they moved us up the green carpet, to the entrance to the Chinese theater, where they flanked us on either side of the carpet stretch, leading to the doors. We stood over the footprints of previous celebrities, and apparently, my feet are the same size as C-3P0’s. The stars trod passed, and we cheered and fumbled with our cameras. After the main cast went by, we were all ushered off to the rooftop of Madame Tussaud’s for pizza and soda.

The stars and all watched the film, while we all finally got to meet each other.  There were Ghostbusters from Canada and as far as Hawaii.  Someone had a bubble blower(for a slime blower), and there were proton packs as far as the eye could see!  The museum allowed us to wander the building, but most of us stayed on the roof.  We eventually made our was to Dave and Busters, for drinks and video games, until it was time for us to see the film.  As ten o’clock beckoned, we made our way back to the theater.

Once inside, we were treated to free popcorn and soda, before we took our seats.  At that time, Paul Feig came out, and spoke to us, saying he was never more nervous about showing a film as he was that night to us.  He thanked us and headed out, while we sat and waited for the film to start.  The lights dimmed, and we were off!

What I saw I enjoyed.  The stand out performances were Kate McKinnon’s kooky mad scientist like Holtzmann and Chris Hemsworth’s over the top dopey receptionist Kevin.  Wiig and Jones fit their parts perfectly, as did McCarthy who was the straight-man, err woman; basically Abbott to the rest of the cast’s Costello.  The cameos of the remaining original cast were funny and fitting with this being a reboot as apposed to a sequel.  I would have to say that I found no fault with anybody’s performances.  But, I was hoping that Murray and Akroyd  would reprise their roles as the bums, in the deleted scenes from the original, rather than what they ended up doing. Be sure to look for the homage to Harold Ramis, and stay through the credits, for extras.

I loved the gear the Ghostbusters had and the gadgets and such that the villain built.  The equipment and sets fit right into the universe, as did the ghosts.  The FX were reminiscent of the original, while having their own look.  Nothing looked cartoony to me; maybe a little more dark ride colorful, but not outrageous.

The only problems I had with the film, were the stereotypical depiction of men and bigger statured women, and some of the bathroom humor. The majority of men in the film were depicted as sexist jerks and morons.  Meanwhile, the running gag with Abby, was always about food.  I understand a little bathroom humor, when the film is slapstick, for the most part, but I wasn’t fond of it.  If the movie-goer can look passed these things, then they will enjoy the film, as I did.

After the film, many more pictures were taken, and we said our goodbyes to the Ghostbusters from far away lands.  We failed to get into the cast party, but we tried! So, myself and the Southland Ghostbusters(and one lone New Jersey Ghostbuster) went off to Norm’s for really early breakfast or too dang late dinner.  Laugh’s and sleepy eyes were had, as the clock chimed toward 5am, and we said goodbyes again.  I drove home, weary and tired, but smiling and thankful to Charles Lewin of the Southland Ghostbusters for letting me tag along, for the journey. 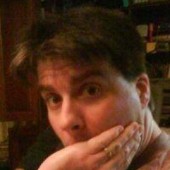 Video Of The Day: How Sound Effects Are Made