Since 1958, the Society has chosen a small selection of luminaries in the field of illustration to honor with induction into their Hall of Fame, joining such giants as Edward Gorey, Chris Van Allsburg, and Kate Greenaway. This year’s class of inductees are more than worthy to take their place among previous Members.

Edmund Dulac, a native of France, found fame creating fantasy art for the publisher J.M. Dent. His delicate art appeared in numerous volumes of books written by the Brontes, Shakespeare, and Edgar Allan Poe, as well as magazines and such diverse items as stamps and banknotes.

Jean Henri Gaston Giraud, better known as the artist Moebius found inspiration as a young man in France with American Westerns. After flirtations with art school, the military, and Mexico, he began creating art for the publisher Fleurus, where he published, among other works Le Roi des Bisons (King of the Buffalo). Working with Jean-Michel Chartier, he created the French comic series Fort Navajo, which quickly morphed into Blueberry and its spin-offs Young Blueberry and Marshal Blueberry. He is best known in the U.S. as Moebius, and for his work on such legendary films as Alien, Tron, and Star Wars, as an artist for Marvel Comics, and for his groundbreaking work in the magazine Heavy Metal (Metal Hurlant in French), including The Airtight Garage of Jerry Cornelius.

Jeffrey Catherine Jones achieved fame as an artist both in fine art and in illustration, and was called “the greatest living painter” by fantasy artist Frank Fazetta. She created more than 150 book covers, including Andre Norton’s Postmarked the Stars and The Zero Stone, and for several years in the 1970’s she produced a full page strip entitled The Idyl for National Lampoon.  As a member of The Studio, she was a pioneer of cartoonist collectives, but by the 1980s she was moving away from comics and developing her skills in expressionism. Much of her original work was created under her birth name of Jeff Jones, but after beginning her transition in 1998 she changed her name to Jeffrey Catherine Jones.

Barbara Nessim is a pioneer among women illustrators, working on everything from album covers to  calendars, and even including  her own line of clothing for Lady Van Heusen. As one of the first digital artists, she served as Artist in Residence for Time Magazine, and as Chair of the llustrations Department at Parson’s The New School for Design, where her use of computers created a whole new movement.  The Victoria and Albert Museum in Bath featured a retrospective of her work in 2013, and she is at present creating a show of her work for New York City’s Malin Museum.

Even if you don’t know his name, chances are you are familiar with Drew Struzan’s work. Starting out as an illustrator for album covers, he quickly became known as one of the best, working for a diverse array of artists from Earth Wind and Fire to Liberace, but it was his cover for Alice Cooper’s seminal work Welcome to my Nightmare that launched him into the movie poster business. He has created posters for ET, the Star Wars series, Indiana Jones, The Goonies, Back to the Future, and so many more that endear him to the science fiction-fantasy world. In 2019, he provided the illustrations for his wife Dylan Struzan’s book A Bloody Business.

A recipient of numerous awards, Thomas Blackshear began his career as an artist for Hallmark Cards. He has created a series of Christian-themed prints for Dayspring, many of which hang in churches, and has designed more than thirty US postage stamps, featuring such notables as Thelonius Monk for the Jazz series and Ida B. Wells for the Black Heritage series. An exhibition of his work opened at the Smithsonian Museum in 1992, and his Ebony Vision figurines have been the best selling Black figurine collectibles since their premier in 1995.

About the Society of Illustrators

The Society of Illustrators’ mission is to promote the art of illustration, to appreciate its history and evolving nature through exhibitions, lectures and education, and to contribute the service of its members to the welfare of the community at large.

Founded in 1901, the Society of Illustrators is the oldest nonprofit organization dedicated to the art of illustration in America. Notable Society members have been N.C. Wyeth, Rube Goldberg, and Norman Rockwell, among many others.

The Museum of Illustration was established in 1981, and offers year-round themed exhibits, art education programs and annual juried competitions. Their Permanent Collection houses 2,500 pieces cataloged for scholarly use and displayed periodically. In 2012, they created the MoCCA Gallery with a focus on curated exhibits of comic and cartoon art.

The Society of Illustrators is located at:

Now that we have your attention, we need your help.

Krypton Radio runs mostly on donations from readers and listeners just like you. If every listener or reader donated just $1 a month, we could pay all our writers, performers, artists and technicians a living wage. 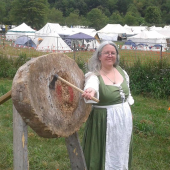 Who Is John Carter?